Graduates and Trainers of the CSAJ, winners of the National Competition “Journalistic Investigations of the year 2019” 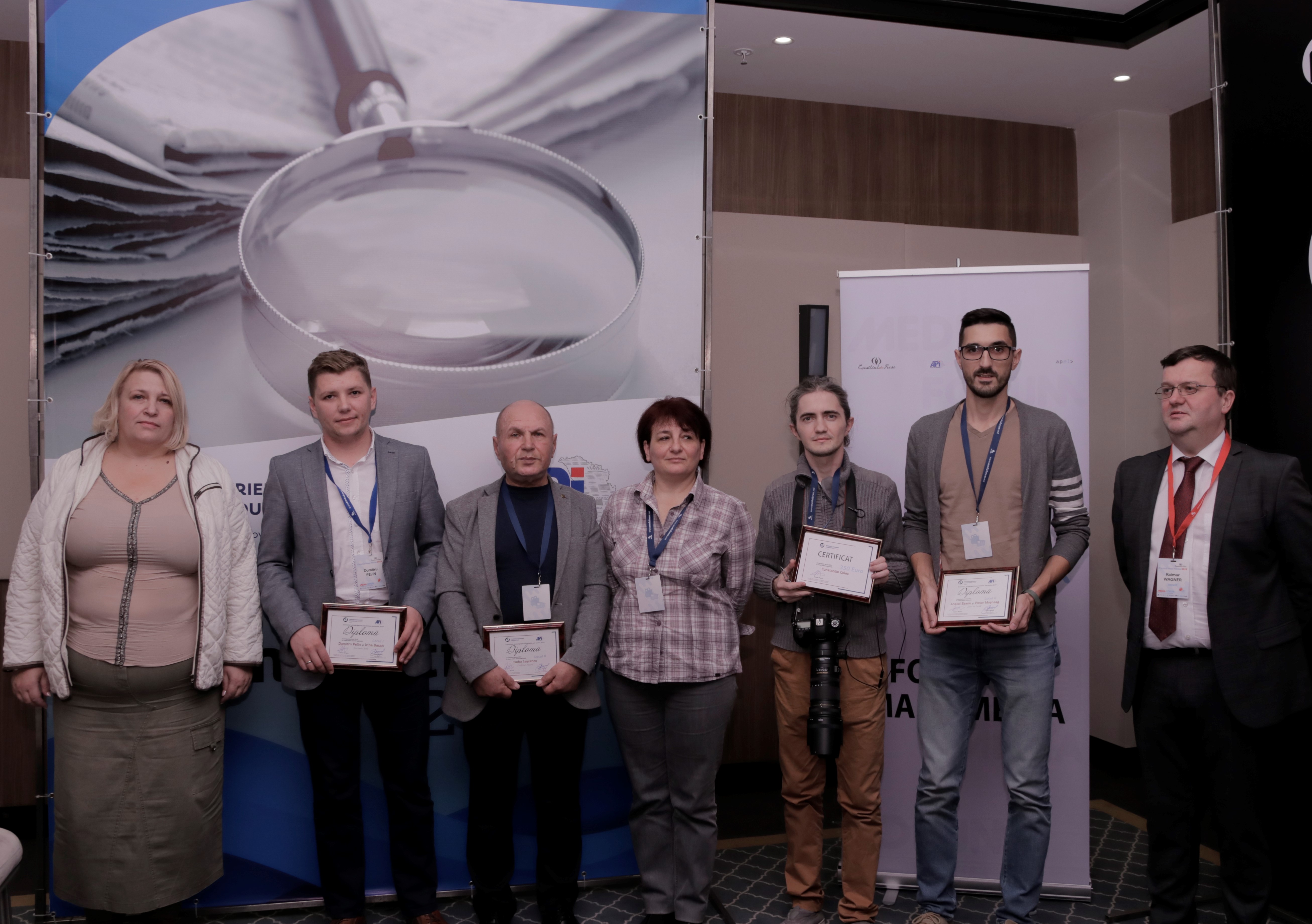 Three of the graduates and one of the trainers of the Chisinau School of Advanced Journalism are among the best investigative journalists of the year, named following the national competition “Journalistic Investigations of the Year 2019”, organized by the Independent Press Association and the Friedrich Naumann Foundation for Freedom (Germany).

The awards ceremony took place at the Media Forum held in Chisinau on November 4-5.

Two other laureates who are also CSAJ graduates, awarded at the Media Forum, are Dumitru Pelin and Irina Baxan from the NordNews.md portal, the authors of the investigation De 10 ani orașul Cupcini, raionul Edineț, nu mai are apă potabilă la robinet. They were ranked 1st in the “Investigation of the year 2019 in local / regional media” category.

The awards were presented by Raimar Wagner, Project Advisor for Romania and Republic of Moldova, Friedrich Naumann Foundation for Freedom. In 2020, every winner will have the opportunity to obtain a scholarship of the Foundation worth 500-1000 Euros for conducting an investigation on corruption /misappropriation of financial allocations from the European assistance offered to the Republic of Moldova.

The CSAJ congratulates its graduates and all the journalists who have the courage to reveal corruption and other wrongdoings, thus contributing to the building of a responsible society.